Are You Living Up to the Client Promise?

By Ian RamsbottomApril 19, 2022No Comments 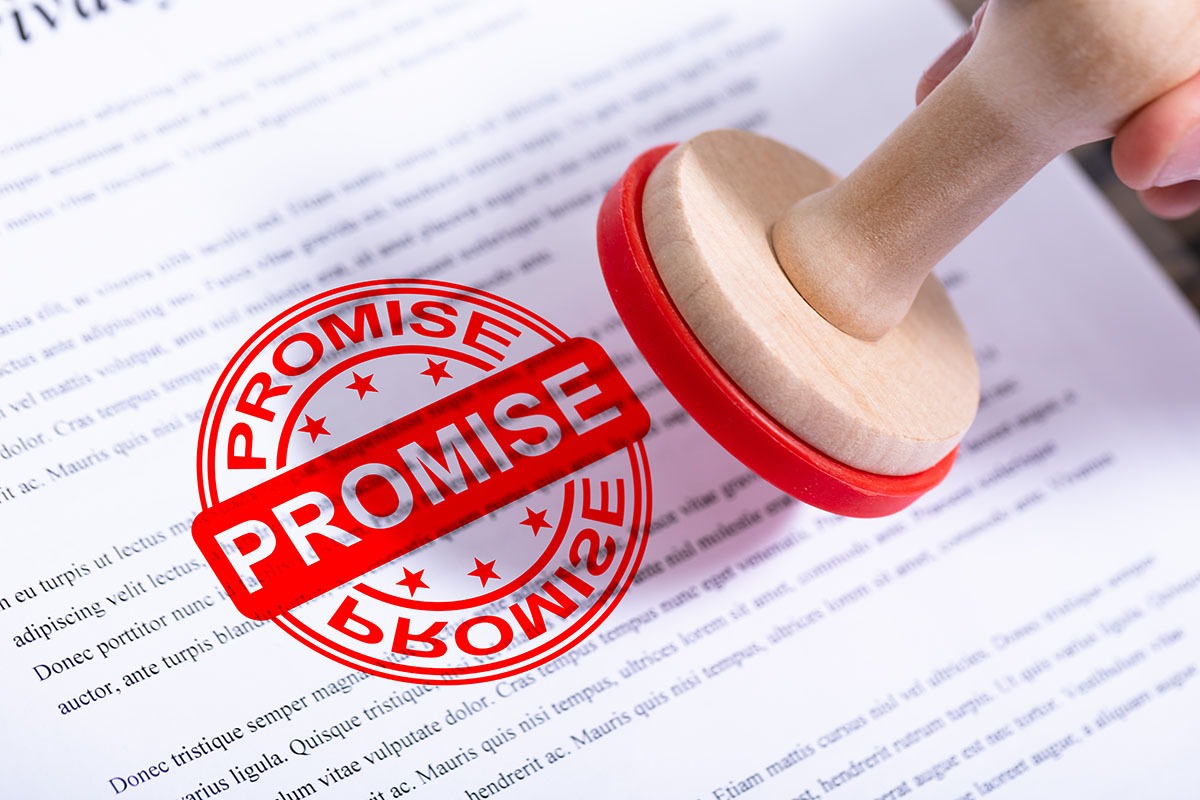 As Sales Leaders, our primary role remains to attract and retain the best sales talent we can. Having done so, we create a working environment where each team member can achieve their full potential delivering value for clients, our firm, and for themselves.

In support of these coaching goals, you will have probably selected a world-class sales training company to deliver an insightful training program for your team, and, having put each team member through training, they will be equipped with new skills, state-of-the-art sales tools, and re-invigorated enthusiasm to win.

Further, to ensure the training program delivers a solid return, you may have invested in professional sales coaching training for yourself.

With a regular coaching cadence established, moving beyond deal inspection to value-based three-dimensional coaching sessions that your team looks forward to, business is on the up – great news!

So, what now? How can we take our leadership role to another level to drive even greater success for the team?

A recent strategy implemented by one of our Client Sales Leaders was quarterly brainstorming sessions. As a team, they discussed ways of becoming more competitive, client focused, and successful. Each session was designed to address a particular hot topic where the team agreed it warranted particular attention.

One recent workshop focused on “levelling the playing field” where the Sales Leader’s company was trying to compete for a major new sales opportunity. An opportunity the team had qualified as being right in the firm’s sweet spot, but where the primary competitor was more established with the client and had more senior long-term relationships. Sound familiar?

The Sales Leader decided this recurring challenge required some new thinking – out of the box thinking, and set up the workshop with the following structured agenda:

The concept of imagining the future relationship is emotionally powerful.

As comparative “unknowns” to the client in question, the team decided to approach the Client Project Team. They suggested setting out what the client should expect while working with the Sales Team during the engagement, and more importantly, into the future if a successful partnership is formed.

The team outlined the values, behaviors, and commitments they would bring to the table.

If you like “the promise” of how the team would engage, how it would feel conducting business, and a way for the client to judge the team during the procurement process… imagine the long-term relationship values.

The beauty of this was not only did the client have a set of values to measure this Sales Team’s performance by, but most likely, they would also be judging the other more established company taking part in the competition on similar grounds – except they would not know it was happening – genius!

By listening carefully to understand the critical success factors the client needed to achieve in engaging the market, the team was able to distil these into just a few words – their Win Theme.

Sharing these with the client, the team explained (providing they had captured the priorities correctly) that the intention was to align their company resources in support of delivering against the client’s key goals by keeping everyone involved focused.

The Client Team agreed the Sales Team was fully aligned and from that point on, these few words became the Selling Team’s branding and compass for the project as they tied back to them during all future communications.

Client references are powerful and compelling if structured correctly and timed well.

The team decided, as they had the advantage of several potential very strong client references, they would try to introduce these to the client early in the campaign and drive momentum.

The Sales Leader took personal responsibility to contact each of the potential reference clients and gain approval that they would be willing to speak with the new target customer. Having done so, a simple but structured process was put in place.

Invitations were presented to key decision makers across the target client and calls/visits were initiated.

Once again, competitive advantage was gained as the team’s primary competitor had to scramble to stand up and execute their own references sooner than anticipated.

During the workshop, the team agreed they would do everything they could to make each key client meeting impactful and valuable for the client.

Every meeting created the opportunity to live up to “the promise” and to differentiate from the competition. For each key client meeting, the team crafted an “Encounter Plan” – one of the skills/tools the team had gained through their sales training.

In essence, each Encounter Plan is designed to establish the outcomes the team desires to achieve from each meeting. This enables the team to prepare, pre-condition, and execute extremely effective client meetings and move things forward in the right direction.

And so there you have it – a great example of a Sales Leader stepping up to bring thought leadership, fresh ideas, teamwork, and new energy in support of an important sales campaign.

In case you are wondering, after a ten-month marathon pursuit, the team that started as the relative outsiders secured a major IT services contract, much to the surprise and disappointment of the more established supplier!

Why did they win?

For many reasons, no doubt. But as we know, clients buy from the team that works harder to deliver for them… the team they have the most confidence in over the long term… and last but not least, the team they like doing business with.

In this case, the team kept “their promise” and won.

Personal Challenge:
During the next quarter, ask your Sales Team to identify which challenges they would most value analyzing as a team. See what great new ideas you can come up with, then execute your coaching goals. If things go well, make these workshops a quarterly event.