Sales Attitudes by the Numbers 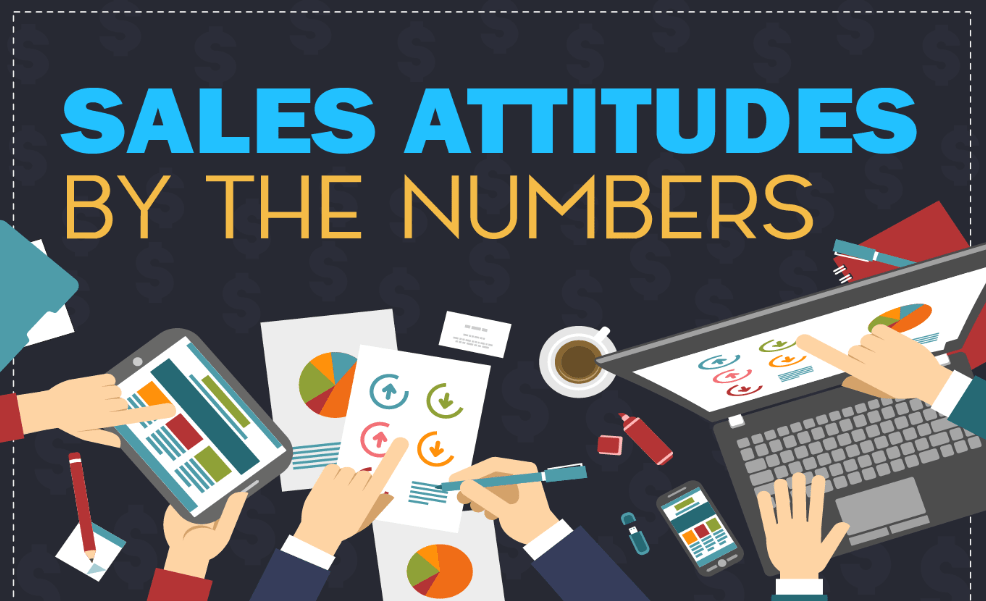 Revenue Storm is excited to share the findings of an online sales survey. This was conducted by RevXL, LLC with Lon Cunninghis, an independent contractor. The survey polled US-based Vice Presidents of Sales from 19 different industries. These participants represented Global, Mid-Market, Inside Sales, Strategic, Government, and Channel Partner organizations. The respondents overall had average tenures of 25 months in their current roles, with over 11 years in total as a Sales Vice President

One of their main concerns was hiring and retaining talented sales people. Losing trained sales people, particularly top performers, is also an ongoing risk that threatens growth. Sales VPs are worried about failing to meet their 2017 objectives through personnel challenges and breakdowns in internal organization.

Of those surveyed, 54 percent saw it as being harder to hit short-term goals in 2017 than it was last year. Not even half (46 percent) felt confident that they could hit their sales plans. According to 52 percent of Sales VPs, their sales targets had risen by at least 10 percent in 2017, while a quarter reported seeing increases of over 25 percent.

Cited reason for misalignment in sales plans included process issues, resource constraints, customer implementation challenges, and lack of funding for support and training of sales teams. Other Sales VPs noted organizational changes and distractions as business priorities shifted. The respondents remained concerned that these factors would continue to limit their performance through 2017.

Sales VPs would like to be seen as rising influences in senior management, but achieving planned sales goals is still their prime mission. Of the survey respondents, 65 percent stated that they would rather be seen as key players on the executive team than as even world-class sales professionals. However, 60 percent recognized that they needed to hit their 2017 sales goals in order to change the perceptions of senior management. It was suggested by 30 percent of survey participants that the way to influence senior management’s perceptions was demonstration of leadership qualities and contributions to business strategy. This would include growth planning, improved turn-around time, eliminating internal barriers, and better communication across the enterprise. It was also reported that less sales rep participation and a drop in close rates are a constant obstacle. These VPs admitted that half of their quota-bound sales teams were performing at only 50 percent of 2016 goals. Sales leaders also reported close rates of under 30 percent.

How to Reach Sales Goals

When asked for the top factors necessary to reach sales goals, 50 percent named sales execution first. Higher levels of activity, more efficient sales pipelines, and differing value propositions were mentioned as critical to sales execution, along with improved customer relationships and larger deals. Inaccuracy in predicting closings beyond the current month were indicated by 24 percent of respondents. Success with quarterly predictions only was reported by 42 percent. In part this is due to shorter sales cycles. A normal cycle of 90 days or less was reported by 19 percent, while 41 percent had sales cycles between three and six months. When asked about key indicators for measuring the success of sales plans, pipeline analysis came first. Revenue was a close second, well ahead of other common indicators like activity or headcount.

Sales VPs are aware of the need for coaching reps, but only 83 percent did it at least weekly. Another 30 percent reported that coaching was done informally, without professional training tools. Secondary training Sales VPs relied on were team building and meeting with customers. Respondents wanted to implement more personal development and instruction in best practices for sales leadership. The training areas most often cited for personal development included sales funnel and activity management, both staff calls and one-on-one meetings, and better forecasting and account management. Other training needs included quota assignments, territory management, and effective leadership practices. This would enable Sales VPs to support more competitive strategies.

The results of the survey seem to indicate that more Sales Vice Presidents expect a tougher time through 2017 and into next year. The higher targets necessary to growth are becoming harder to achieve. A growing economy and job market also mean that sales talent is harder to recruit, and difficult to retain. To succeed in the months ahead, sales leadership requires the implementation of consistent processes, updated tools, and establishing a set of guiding principles. These can work together to ensure hiring and developing talent, coaching teams to better productivity, and demonstrating the value of sales leadership to executive management.

If you’re finding it harder to reach your sales objectives, contact Revenue Storm for expert assistance in business coaching and sales training. Creating a more effective team is the first step in a more productive organization.